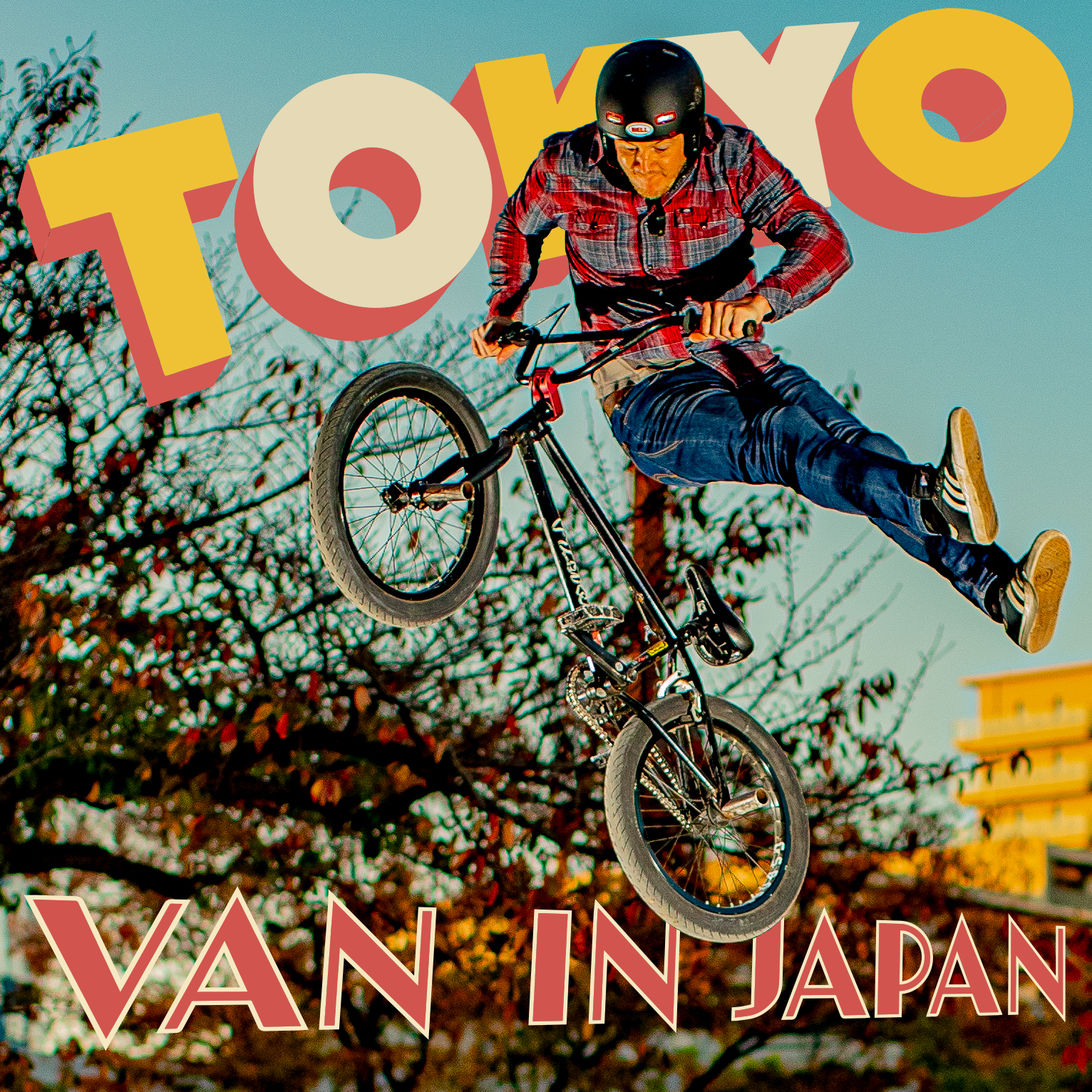 【日本語版の記事はコチラ】
After shooting and releasing the MOTO-BUNKA × FIT BIKE CO. collaboration project “VAN IN JAPAN”, we interviewed Van Homan himself about the background of this project.

Q. First of all, thank you for working with us. I know there were a lot of comments on your Instagram, but what did you hear from everyone?

Honestly, I wanted to work on this project to create a meaningful souvenir from my time in Japan. I didn’t want to let my time here come and go without taking advantage of the outrageous spots Japan has to offer. It was a good excuse to meet up with my friends to find and ride some once in a lifetime set-ups. The positive feedback was just a bonus. I love inspiring older riders to stay on their bikes. I think me just being on my bike, having fun and continuing to put out content does just that. Old or young, you don’t need to be a top pro to enjoy your bike. It has been an interesting few years as I’ve transitioned out of riding professionally. It’s motivating to know I can ride exactly how I want without any expectations. I’m happy I can share that riding with the BMX world and it’s appreciated.

Q. This edit has been your first video part since your Real BMX part in 2016, right? Why did you think of making a new video in Japan?

Yeah, I think so. I’ve put out some small things here and there but this was the first legit video part I’ve been committed to since then. This Moto-Bunka part was definitely a very different approach then the Real BMX part in 2016. I think I knew at that time that the Real BMX part would be the last time I really put myself on the line in that way. Now, for me, it’s about the spots and atmosphere of the edit. I want to create something that makes myself and anyone watching go, that looks fun. I want to watch it and be grateful I got to ride those spots and remember a small personal story from each day that we were out filming. I want other people to watch it and get motivated to ride, travel or go find something new to ride.

Q. You found many spots that we even didn’t know, but how did you always look for a spot?

When I first got to Japan in 2018, I would just wander around seeing what I stumbled across. I found a few really good playground spots that way but quickly realized I needed to wake up early to ride them before they were covered with kids. Once I figured out that so many of the playgrounds in Japan were rideable, I started expanding my search. I would google playgrounds in Tokyo. If I saw one that looked good I would drop a pin. On the weekends I would take my road bike out to check all the spots. Some of them were good and some weren’t. Then one by one we would go back to the good ones early with our BMX bikes to have some fun and try to get a clip or two. Even if we were up at sunrise we could usually only ride one or two of them before the kids starting showing up.

Q. Why are there so many playground spots in the video? How was the Japanese playground?

I started by wanting every spot in the edit to be kind of shocking. Just stuff that makes people go “What!? I can’t believe that exists!” I figured if every spot was outrageous, I wouldn’t have to do anything scary to make an entertaining edit haha. At some point the playground spots just kept coming so that idea got even more specific and the edit turned into all parks or children’s parks.

Q. What was the hardest part of this video?

Waking up early in the morning. Some days we were up at 4am to catch the train and be at the spot by sunrise. I did not want to wake up at times but it was always totally worth it once we were there and riding. I feel like an early wake up call is a small price to pay to ride some of this stuff. I’ve always been motivated by that kind of thing and I’m glad I still have that fire in me at 41 with a full time job.

Q. What was the most satisfying clip? Also tell us about that episod.

It’s hard to say because I feel like every clip plays its role in the edit. I wanted to have a variety of both spots and trick selection. Instead of doing four different tricks over the same volcano, I wanted to find four different volcanoes of different shapes and sizes. If I had to choose, it would be the 360 tail-tap and the downside ice-pick. The 360 tail-tap because I’ve never found a hitch n’ post in the streets before. The downside ice-pick because that was one of the first spots I went to during my early days of moving to Japan. I noticed that trick early on and wanted to do it before I left Japan. That spot was often crowded so it took me a few visits and a handful of flat tires because of the sharp metal edge to get it done. It took over two years from the first time I noticed the set-up before I finally got around to getting it done.

Q. It was impressive that you were planning most of the schedule and spots and getting clips systematically. Is there anything you are aware of when making a video part?

I knew our time to ride these playgrounds was very limited in the mornings. I would try to map out spots that were close to each other and know what tricks I wanted to do before I got there. Sometimes it was a little scary because it was early in the morning and I had been sitting in front of a computer all week haha. I definitely had a general vision for how I wanted the edit to come out. I think Diasuke and I were on the same page because he absolutely smashed it with the filming and editing. I was so stoked on the song and how it worked with the riding.

Q. I’ll never forget that I deleted the bar to ice clip at the tranny spot. I’m really sorry about that. What was your feeling at that time?

Haha! You should be mad at me for taking so many tries to do what should have been a quick easy move! I was feeling frustrated that bar to ice was giving me so much trouble. Can’t blame that on the camera man haha. Thanks for being patient with my lock arm.

Thanks to Daisuke, Pegy and Hikaru for waking up early to share the sessions and document the riding. Thanks Taj for helping with the graphics.Thanks to Fit for still supporting my ideas and contributing to the Japanese BMX scene. Stoked Moto-Bunka could help me preserve some great memories. Thanks guys!

Who is the legend BMX rider Van Homan? 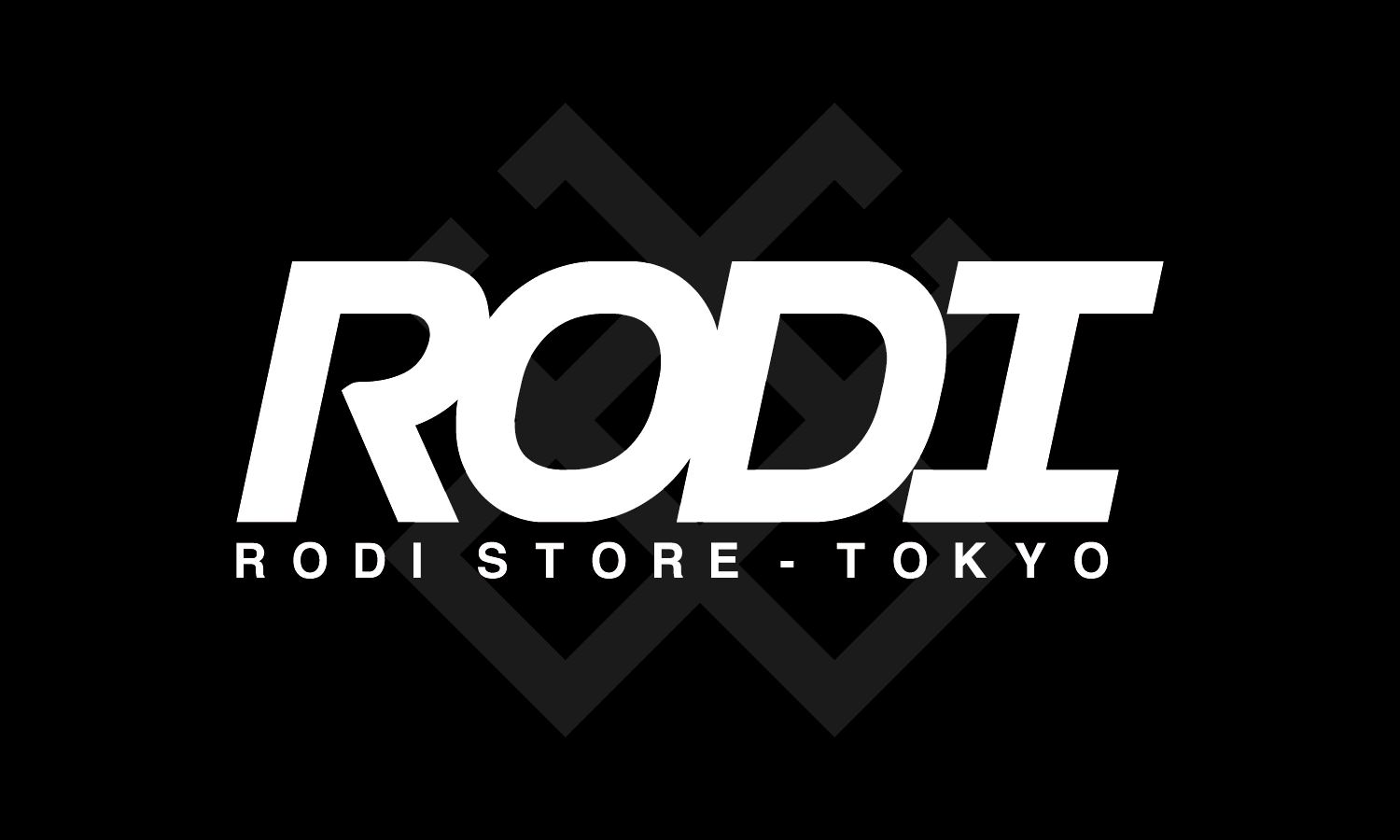